One Woman's Journey away from Prejudice

I've got beef with the term feminism - but mostly with the bitter war that it seems to have started. I know that women naturally seem to be sarcastically critical, especially when something they value seems to be at stake. They turn malicious at attacks on their boyfriend or husband, their place on the cheer squad, or their status as good mother, person or friend. But, this bitter war has got to stop.

Feminists fought for a woman's right to work outside of the home, for the right to vote, and more importantly, for the right to be considered equal to men. They won and I appreciate the importance of their hard work. But it seems to me that we, as a people, get hung up on a little word called choice. Just like the pro choice movement regarding abortion, or the choice to breast or bottle feed, or use cloth or disposable diapers; it seems to me the point has been muddled.

Are pro choice people pro abortion? Do they get super excited at the idea of killing unborn babies, like another person might get excited about having another slice of chocolate cake? We all know that isn't true. It's about not taking a woman's choices away from her and telling her what to do with her body, her life, and her family. It is about teaching her the best and safest methods for making choices and educating her on the consequences of her actions. It annoys me when women belittle one another and react with such anger over another woman's choices.

Betty Friedan's Feminine Mystique describes the housewife as a "parasite" who lives without using adult capabilities or intelligence and lacks real function. Seriously? No function at all? Keeping her home in running order, caring for her children, running errands and being there for her family serves no function? I was unaware. But what really bothers me is the term "parasite" - that is possibly the most vicious term you could give a mother - a mother who from the day of her child's birth gives and gives and gives of herself until there is nothing left - is the opposite of a parasite. And while there may be a housewife here or there who indulges in the occasional bon bon or spends a bit too much of the family's money, at the end of the day every woman is different and undeserving of being pigeon-holed into a stereotype - undeserving of NOT being given her say, her choice in life. Undeserving of not being supported by her fellow women.

A woman's choice to work or stay at home or do anything is just that - a choice. Why can't we embrace one another for our choices? Why are we disturbed by a woman blessed with the opportunity to spend every minute she can with her children? Why are we shocked by the woman who bucks up and finds another alternative when she is forced to work? Why aren't we proud of the woman who is so self aware that she can recognize that she simply wants to work instead of staying home out of some false sense of obligation?

We need to treat others as you would have them treat you, specifically, don't say anything if you have nothing nice to say. No two women are the same, just as no woman and man are the same. Equal doesn't mean identical; it means equally deserving of similar treatment. The world would be a better place if we could embrace one another and our decisions. If instead of lashing out at one another, we said, "You've made a different decision than me and I accept that. I want to help you and learn something from it."

We should take the same viewpoint in the decision to breast or bottle feed, to cloth diaper or use disposables, and to crib or co-sleep. You might genuinely believe your choice to be the best one, but really, it might just be the best choice for you. Your attachment parenting breast feeding, cloth diapering co-sleeping lifestyle will not necessarily work for everyone. Just like a bottle feeding, disposable diaper, sleeping through the night at four months, working outside the home lifestyle won't work for everyone. So accept that and deal with it. Be an advocate for yourself and others, but don't be a rattlesnake to everyone else. We're all in this together.

They say it takes a village to raise a child. Instead of the battle line of people on either side saying "my way is better," I wish we all had a village of strong men and women dedicated to helping every child receive the best love and care possible. Don't attack another mother for raising her children the best way she knows how; attack the person who would harm a child rather than help. There is a time and place for your maternal lioness instinct, and this bitter war isn't it. You need to stand by the side of every mother who has made an informed choice, even if it is different from yours. Accept her and embrace her and help her in any way you can. There will be other battles more worthy of your energy and passion, trust me on that.

I'm done with labels and I'm done with isms. A word and a label are only as powerful as you make them. I'm not a feminist or an anti-feminist - I am a woman and proud of it. I am not just a SAHM; I am a MOTHER. Hear me roar. Who else is ready to be a better woman and step FORWARD with me? 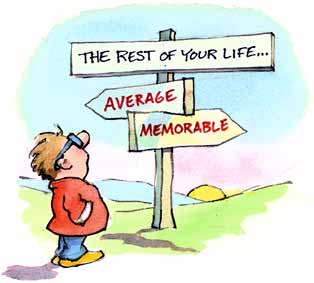 Klout and Happiness Okay, sometimes I don't get the "latest" right away but eventually it gets to me from the network via Facebook and Twitter. Juxtaposed with the frantic...

Essence of a Mentor

This is an article from my life and business partner, Robert Leaver.  Mentoring is more than a leg up for women, there is a huge legacy in this and it...

Who in Your Life has Refrigerator Rights…

Who in your life would feel comfortable enough with you to look through your refrigerator with out having to ask permission?...

The "I Love You Game"

"I Love You" is one of those phrases that some people have no problem saying and others people will only say it at certain times or sometimes not at all. Of...

All Done with Isms

One Woman's Journey away from Prejudice I've got beef with the term feminism - but mostly with the bitter war that it seems to have started. I know that women naturally...